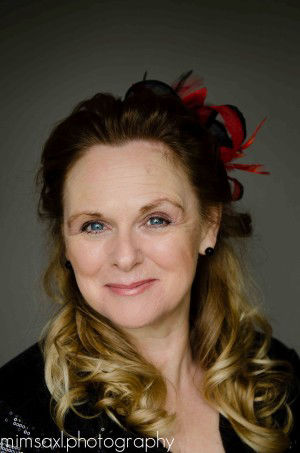 Ann Liebeck was a prize winning student at the Royal College of Music Opera School and Salzburg Mozarteum and started her career as a dramatic coloratura soprano. She was awarded the Hamburg Shakespeare Prize bursary by Dame Gwyneth Jones and began her international career at the Vienna State Opera. She made her debut there as Poussette in Manon with Adam Fischer, in a production by Jean-Pierre Ponnelle. Other roles for Vienna - Jenny in Mahagonny (Kurt Weill), Friederike in Lenz (Wolfgang Rihm) and all the high soprano roles in Schoenberg's Moses and Aaron (the latter with Horst Stein in a production by the legendary Goetz Friedrich.)

She made her US debut in Pittsburg as Queen of the Night, a role repeated at the Vienna Volksoper, National Theatre Prague, Braunschweig State Theatre), and on tour in Paris, Salamanca, Segovia and Madrid. She has guested as Lucia di Lammermoor, Gilda, Konstanze, Violetta, Zerbinetta, Musetta, Liu, and the Countess in Marriage of Figaro, at the State Opera Prague, National Theatre Prague, Scottish Opera, English National Opera and Dartington Summer Festival. She has premiered Gilda, Frasquita and Donna Anna at Opernair Gars Summer Festival in Vienna. In 2007/2008 she was engaged as Donna Anna, Violetta, Elettra in Idomeneo and Rusalka by the State Opera Brunn. In the season 2009/2010 she guested as Rusalka and made her role debut as Salome in Pilzen, and premiered Violetta at Opernair Gars, Austria, in an acclaimed production conducted by Viennese maestro Johannes Wildner.She has also covered Leonora Trovatore and Aida at Opernair Gars-2007,2008,2009.

2010 and 2011 saw her in Rome developing lirico spinto soprano repertoire with Madama Butterfly on the advice of star tenor and conductor Giuseppe Sabbatini, conductor Graeme Jenkins and dramatic sopranos Rosalind Plowright and Francesca Patane .In 2012/2013 she made a role debut as Tosca in the UK for Ellen Kent International Productions.

For the last three years she has been developing her own production company with performances in major London venues such as Purcell Room at Queen Elizabeth Hall and Kings Place .She has been singing tango with some of the top tango musicians in the UK and also presented her first cabaret show Tango and Piaf at the world famous Pizza Express Jazz Club Pheasantry this year.

Concert work in all the major London halls and various festival venues includes the Verdi Requiem under Sir Colin Davis, and Graeme Jenkins, Handel's Messiah and Mozart's C Minor Mass under Sir David Willcocks and solo recitals at the Purcell Room and Wigmore Hall. A long association with conductor Ross Pople and the London Festival Orchestra resulted in CDs of Carmina Burana and Messiah for BMG Arte Nova. Ann has also worked with the BBC Symphony Orchestra and Strasbourg Philarmonic Orchestra, made radio broadcasts for France Musique, Italian Radio, BBC Radio 3 Radio 4 and Classic FM, and appeared on Austrian, Czech and Slovak TV. She has premiered and collaborated in works by many contemporary composers such as Paul Barker, John Woolrich, Dan Warburton and John Tavener.

She has been most recently appearing in operatic dance drama Violetta's Last Tango which was launched to a sold-out house at Kings Place in December 2013 and also at London's South Bank in May 2014 and Artsdepot theatre London in March 2015.

At the Edinburgh Festival Fringe Violetta's Last Tango was presented to 4**** reviews and an enthusiastic public.The company will be touring the show in the UK in 2016/17.

She regularly gives recitals in major halls in London specialising in tango and Spanish and Latin American Song.

She is a trained dancer; ballet, tango, contemporary dance and speaks German, Italian French and Spanish.